In June 2015 Michelle Obama visited Mulberry School in Tower Hamlets to launch her Let Girls Learn campaign. Following the visit, the First Lady invited a group of students to visit the White House for a discussion about her campaign. The Aldgate & Allhallows Foundation awarded a grant towards the trip and in November 2015 a group of 20 pupils and 5 staff visited Washington DC, Memphis and Alabama. Not only did the pupils meet with Mrs Obama, they also had the opportunity to learn about the history and development of the American Civil Rights Movement. The trip was a great success, the girls produced written work and they also filmed their experiences to share with their peers. 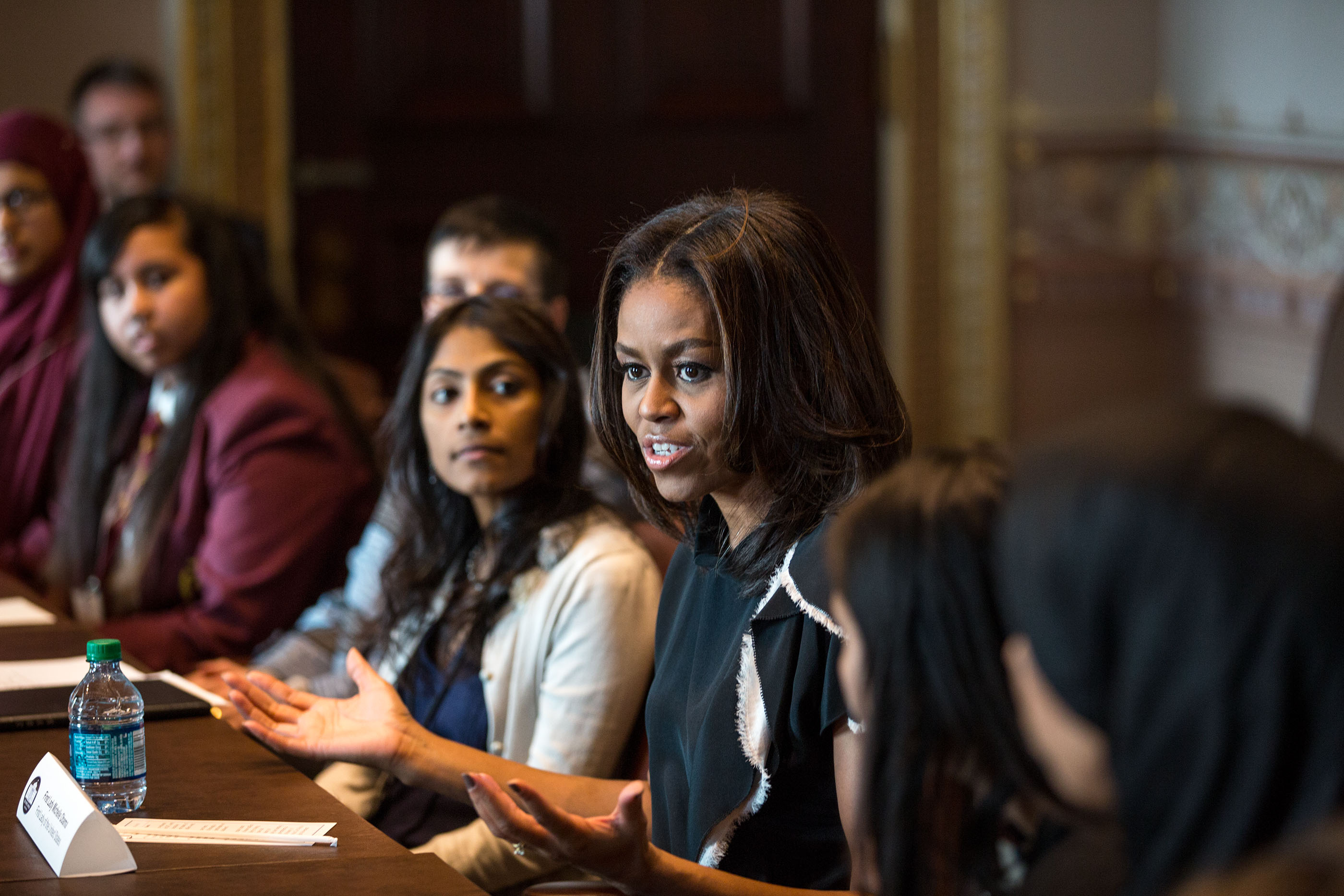